The CGF is currently funding four research projects, two of which will finish this year and the principal investigators have all provided progress reports which appear elsewhere in this newsletter. With increasingly limited financial resources, we are considering all proposals very carefully and only fund projects that are of direct benefit to members. However, we do intend to maintain a robust research portfolio and anticipate that funding for this aspect of the charity’s work will increase again over the next few years.

The CGF funding for the project with Dr Kate Tatton-Brown at the Institute of Cancer Research (ICR) is due to finish shortly and this coincides with the publication of a very significant publication by Kate and her colleagues in the Journal of Human Genetics. The CGF started funding the group approximately twelve years ago to help launch the Child Overgrowth (COG) study and there has been a huge research effort over the intervening period, resulting in the identification of several new overgrowth syndromes.

The current funding from the CGF was specifically intended to help ensure that the results of the genetic studies can be transferred rapidly to clinical practice. Kate is ideally placed to do this as she divides her time between genetic research at the ICR and her role as Consultant Geneticist, specialising in growth disorders at St George’s Hospital in London. We have already invited Tatton-Brown-Rahman (TBR) and Weaver families to join the CGF and welcomed several TBR families at the convention last year. We hope that a group of families affected with Weaver Syndrome will join us at the convention this year. It is also the intention of the CGF to support other overgrowth syndromes but some are so rare that it may not be possible to run separate groups for all.

It is very difficult for most parents to understand the details of the genetics and simply knowing that your child has an anomaly with the NSD1 gene is of little practical use. Kate is therefore producing booklets for each syndrome, some of which are already available, that can be given to GPs, schools, health visitors etc to provide basic details of the condition.

There are still many people with unidentified overgrowth syndromes (my daughter Romana is one) and we hope to continue working with Kate over the coming years as more syndromes are identified.

Chloe Lane who is working on the cognitive profile of Sotos Syndrome at the Sheffield University Autism Research Laboratory (ShARL) is also due to finish her project later this year. Previous studies into the behaviour (Chris Oliver) and autistic traits (Joanna Saddington) associated with Sotos syndrome having been carried out but there has never been a large scale study of cognition. Chloe has established that most individuals affected by Sotos syndrome have very similar strengths and weaknesses and that a unique cognitive profile can be identified. This will enable her to produce booklets that can be given to teachers and employers to enable them to understand the difficulties or strengths that an individual is likely to have at school or in the work place.

Chloe has also conducted a study of the autistic traits of Sotos Syndrome and established that many individuals have behaviour that would typically be associated with moderate or severe autism. This work was based on a parental questionnaire and is therefore not a formal diagnosis. I would urge parents to consider seeking a clinical diagnosis if they feel that this would be of benefit to their child. Some clinicians seem to feel that a diagnosis of Sotos Syndrome is sufficient but a dual diagnosis of ASD (autistic spectrum disorder) will often enable teachers to provide more targeted help for the child.

Individuals with Sotos syndrome tend to struggle with certain aspects of maths and during the project, Chloe has undertaken a more specific study on a couple of mathematical aspects of cognition. This was carried out using a smaller group and gave some interesting results which she hopes to include in a publication later this year.

As is so often the case with research projects, Chloe’s work has revealed many areas that could be explored in more detail and she hopes to continue her work on overgrowth disorders after the CGF funding ceases. In particular, she may extend the work to include Weaver, TBRS and other recently identified syndromes.

During the project, Chloe also took the opportunity to investigate autistic traits associated with Russell Silver Syndrome using the same parental questionnaire that was used for Sotos Syndrome. The results were very interesting and showed that some (but by no means all) individuals with RSS have behaviours that would typically be associated with moderate or severe ASD. This clearly warrants further investigation and I am very pleased to say that the trustees recently agreed to award a small grant to ShARL to carry out some further work in this area.

The STAARS project which is led by Professor Karen Temple at Southampton was due to have finished this year but staffing issues have resulted in a slight delay. Dr Kemi Lokulo-Sodipe is planning to return to work within the next few weeks and will then analyse the data that have been collected during the clinical phase of the project. It is possible that the team may wish to include a few more participants so please do consider taking part if you have not already done so.  As with all the conditions that we support, one of the first questions that parents with a newly diagnosed child will ask is “what is the prognosis for my child in the long term?” and this project will hopefully help to answer this fundamental question.

The next phase of the SOLID project led by Dr Renuka Dias at Birmingham University has now started and the team are actively recruiting participants. The project will focus on a behavioural assessment (led by Dr Shauna Kearney) but will also involve some MRI imaging to look for anomalies in the brain. The study will be limited to those with confirmed 11p15 hypermethylation, in the first instance, but will hopefully include UPD7 in due course. With limited financial resources, we are very keen to ensure that all research is of direct benefit to members and this is an example of a project that was instigated after discussions between parents and clinicians at CGF conventions.

None of these research projects would have been possible without participants and we are very grateful to all those who volunteered to take part. Please do consider participating in future projects as most research involves statistical analysis and it is much easier to draw robust conclusions with a larger sample size. Please do continue to let us know if you feel that there is a gap in our knowledge of any of the conditions that could be addressed by a research project. 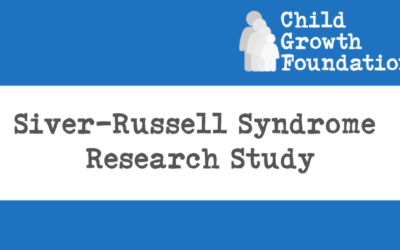 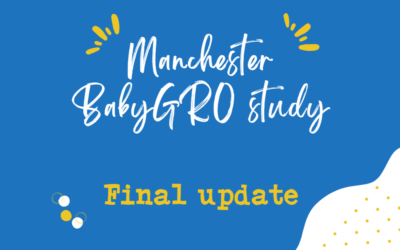 Foreword: by Chloe Lane   We are pleased to see the final report from the Manchester BabyGRO study which has some...

Managing growth disorders: integrating technology into a personalised approachYou may have...