The Child Growth Foundation (“CGF” or “Foundation”) aims to “promote and fund research into the causes and cure of growth and endocrine disorders, and publish the results”. The Foundation has been actively pursuing this aim for many years by funding numerous research projects. However, at recent Annual General Meetings, some criticism has been levelled at the trustees for a lack of transparency of the procedures by which grants are awarded and by which the subsequent results are evaluated and disseminated. Consequently, at the last meeting of the management committee, I agreed to review the current procedures to ensure that we are adopting best practice.

In recent years, most of the funding for research has been taken from unrestricted funds which are generated from various sources such as membership fees, donations and income generated from CGF Products. However, the CGF has also received donations from pharmaceutical companies to fund specific research projects. These donations are classed as restricted funds and cannot be used for any other purpose. The research grants are awarded, administered and evaluated by the Foundation on behalf of the pharmaceutical company. Research grants represent a significant proportion of annual expenditure and have exceeded fifty per cent of total expenditure in some years.

What do we fund?

In some cases, grants awarded by the CGF are used to supplement funding from another source or to support one aspect of a much larger research programme. Projects will only be considered if they accord with the aims of the CGF and will be favoured if they are of potential benefit to members with one of the growth conditions supported by the charity.

Requests for funding are received by the CGF on an ad hoc basis and are usually discussed at meetings of the management committee. However, as these meeting are held at intervals of approximately six months, it is sometimes necessary for requests to be circulated to the trustees by email. The funding decision is taken by a vote of the trustees on the basis of a simple majority and in most cases the decision is unanimous.

CGF staff then inform the applicant of the trustees’ decision and, where successful, place an agreement with the institution. The principal investigator is required to confirm that ethical approval has been obtained (where necessary) and that copies of all publications arising from the work will be made available to the CGF.

The CGF will take steps to protect intellectual property when it is considered that the results of the project could be exploited financially.

Successful academic research will typically be presented at conferences and published in peer reviewed journals. On-line access to recent academic publications is often restricted with relatively expensive subscriptions required to view the full papers. However, specialist knowledge is usually required to understand these papers. It is therefore essential that the results of research projects are presented to the membership in a format that is accessible to the lay person. This is typically achieved by inviting the principal investigators to present their work at the annual convention or to write an article for the newsletter. They are also required to submit a report with all invoices so that the CGF staff can confirm that satisfactory progress has been made.

It is important to distinguish between fundamental research and other projects such as epidemiological investigations. Research is by definition, an investigation of the unknown and positive outcomes can therefore not be guaranteed. However, it should always be possible to draw conclusions from the collection and analysis of a data set.

The management committee considers that the current protocols associated with research funding are robust and that the CGF has obtained good value for money in most cases. However, there is always scope for improvement and the following measures will be adopted for future projects

The following projects have received funding from the CGF in recent years.

Title: Investigation into the role of growth hormone on higher functioning in children

Comments: An investigation of the effect of GH on brain development in children. The results showed that children with hypopituitarism displayed behavioural and cognitive difficulties and poor sleep patterns. These problems were linked to brain abnormalities as seen on MRI scans. The research has been published widely.

Comments: The production of growth charts for preterm babies born at up to 34 weeks gestation. The preliminary data were presented by Professor Tim Cole at the Annual Meeting of the Royal College of Paediatrics and Child Health in 2011

Title: Behavioural and psychological problems in children with exaggerated adrenarche

Comments: The project is progressing well and early results indicate that some patients with early puberty may display atypical eating behaviours and may have an increased risk of psychological disorders such as anxiety, depression and aggressive behaviour.

Comments: An investigation by way of body composition studies to facilitate early diagnosis and treatment of lung disease in children

Comments: Stage 1 of study into possibility of creating a prediction app (completed)

Comments: Stages 2 and 3 – development of a prediction app. See report in this newsletter.

Comments: An investigation of the difference in growth outcomes in children offered a choice of GH therapy and those who were treated in hospital. The results show that the type of GH and the method of treatment had no significant effect on height SD, compared with children receiving no treatment after one year.

Title: Which early risk factors should be used to identify a baby’s risk of obesity?

Comments: An investigation of the factors that may predispose babies to obesity in later life. Factors such as parental obesity, weight centile, infant weight gain and smoking in pregnancy were all considered to be useful factors in the development of an obesity risk tool for use by health professionals.

Comments: Support for a workshop and symposium.

Comments: Support for an application to British Heart Foundation for financial support in respect of a project to determine the effectiveness of interventions designed to prevent overweight and obesity in pre-adolescent girls.

Comments: Study started in 2004 and funding is needed to allow study to continue and hopefully complete so providing useful and novel data in a substantial number of children with a rare disorder.

Comments: An investigation into the long term effects of GH therapy as part of the European SAGHE study.

Comments: Grant was made to help with patient expenses for travel to Birmingham.

For more information about any of these projects please contact Ros Chaplin or Simon Lane. 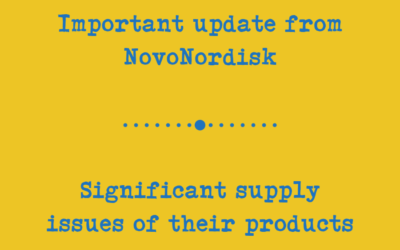 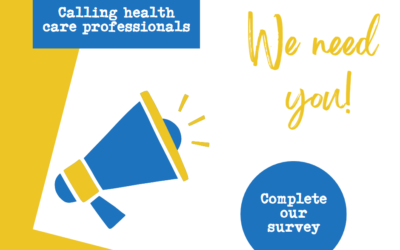