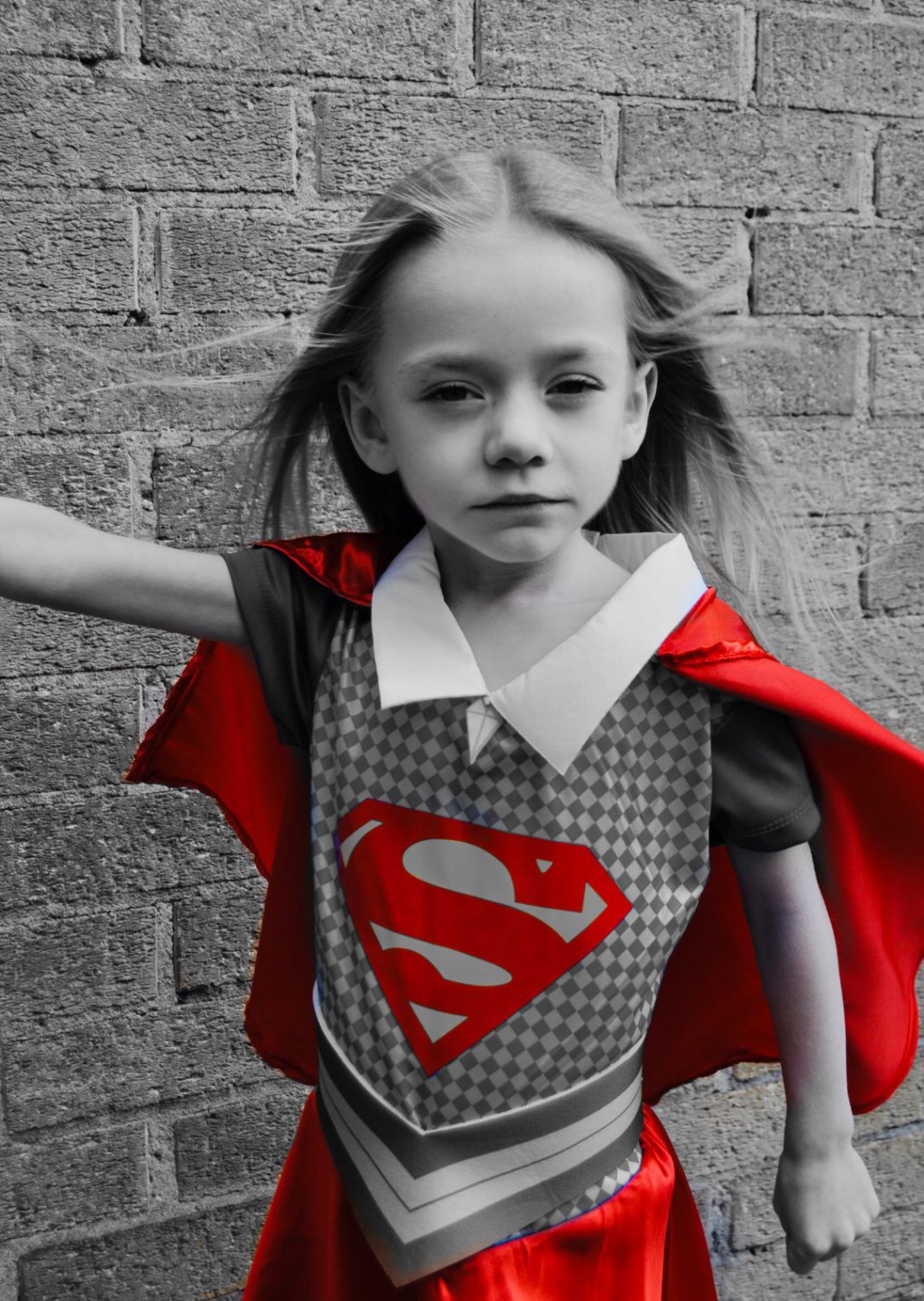 At 2 weeks old Ell was admitted to hospital. She had scalded skin syndrome. Ell was pumped with antibiotics and stayed in hospital for 5 days. She made a full recovery.

At 6 weeks old Ell was weighed by the health visitor, she only weighed 3.540kg. Ell had drop from the 50th centile to the 2nd centile. Ell was referred to a paediatrician at 14 weeks old. Ell now weighed 3.950kg and was not on the chart (She has never got back on the chart!!)

Ell was then admitted to hospital Full bloods and urine sample. (Looking back, it was very funny trying to get a 14 weeks old to wee in a pot. But she did first time, ever the pro.) Mid December her bloods test came back with low B12 and MMA (Methyl malonic Acid) in her urine. At 17 weeks old Ell started weekly B12 injections.

Great we have found the problem; she will now grow and put on weight!

6 weeks had gone by. Ell was now 6 months old and weighed 4.575kg. Different milk was the answer (I was still expressing milk, a 1litre a day. The freezer was full of my milk!) The new milk made her very ill. It did not stay in her that long! Luckily I did not stop expressing, so Ell went back on my milk.

March 2012,  Ell only weighed 4.750kg. Her B12 levels were back to normal. No more weekly injection. Why had the B12 not worked? What is wrong with Ell? Countless Bloods was taken, ECG, MRI and a sweat test (Ironically, Ell couldn’t make enough sweat in the test. But at home, she was sweating all the time, dripping!)   All came back clear.

10 months old and weighing in at 5.240kg. She was referred to the Genetics. For the first time Russell Silver Syndrome was mentioned, along with Growth Hormone deficiency.

Ells  first Growth Stimulation test didn’t go to plan. Her blood sugars crashed and because of her age and size the test was stopped.

In the first year of Ell’s life she had managed to put on 2kg. Holiday time, Ell celebrates her first birthday in the south of France. For the first time in a year we as a family could just stop and have family time.   The last year had hit  my eldest son very hard. In the past year Ell had been admitted to hospital 9 times. We have now found ways to keep ourselves entertained. Cardboard sick bowls make very cool hats. Rubbers gloves are fabulous balloons.

September, a new school year.  Will we finally get some answers?

Ells  referral to genetic came through an 8 week wait! We also got Ells Growth Hormone Stimulation test results back. It flagged up border line Growth Hormone (GH) undetectable Insulin Like Growth Factor. (IGF1)  Okay we are now getting some answers, or at least some clues to the puzzle. A referral to an Endocrinologist was made; it was a  3 month wait.

October,  I found the Child Growth Foundation. I started to read up on GHD, IGF1 and Russell Silver Syndrome. Jointing the CGF Facebook page was my life line. I was not alone. More importantly Ell was not the only one!!!

Before I know it, Ells Genetic appointment was here. I was a bit clued up, as Ells Genetic nurse had phoned some time ago. At this point Ell was 15 months old weight 5.9kg. Walking into the appointment I had so many questions. Would I get all the answers? Would they just look at Summer and say yes Russell Silver. At the appointment Russell Silver was not ruled out. She fitted the syndrome. But her birth weight was normal (3.5kg) Photos of Ell were taken. A bone age X-ray was booked. As Ell already had Blood stored, the decision was made to test for Russell Silver Syndrome.  We left with more question and less answers (That is always the way with Ell.)

While waiting for the RSS test results to come back, we had Ells  first Endocrine appointment. 10th January  Ells  first endocrine appointment (Weight 6.6kg, but she was fully clothed.)  They took a history of Ell. Talked about the results of the first Growth Stimulation test. Discussed the pros and cons of repeating the growth stimulation test. We would wait for the genetic results and wait till Ell was over 2 years.

Early February  Ells  results for the RSS test came back. Negative. We were then offered to carry out an array-CGH.

Array- CGH is an ultra-high resolution way of objectively and quantitatively detecting whether a patients DNA has losses (deletions) or gains (duplications) which are pathogenic and therefore explain their clinical problems.

It was now a waiting game. By September Ell was 2 years 1 month 72cm and 6.9Kg.  23rd September Ell was booked in for her Growth Stimulation test. (Round Two.) Ell  was admitted over night to monitor her fasting blood sugars. The next day. (D Day)  The test started at 10am. (Running late.) Ell had been fasting for 10hours; the test ran till 5pm. Ells blood sugars crashed to 2.1. She was given glucose, they rocketed to 17.5. She was stabilised and discharged that evening. Ell bounced back after a couple of days.

Early October and Ells  array-CGH results was back. Nothing was found, So Ell was invited on the DDD Study.

The DDD study is for families who have a child with a developmental disorder whose cause is not known. Families taking part in the study have the opportunity to access the latest technologies to try and reach a diagnosis for their child.

We read through all the information on the study. We understood that getting answers for Ell would not be easy. We decided to go ahead and place Ell on the DDD study, we had nothing to lose.

Ells  Results for her Growth Stimulation test came back. Normal GH, but her IGF1 was low less than 25. We had to wait till January for her next Endocrine appointment.

The DDD pack came in the post. They collected DNA from your saliva. Mummy and Daddy had a spit off. Daddy won. Ell was not so easy. She had a lolly pop stick, with a sponge on it. She had to suck on the sponge. “No Mummy, NO, NO.”  Light bulb moment. Ell had a Gruffalo onesie. We put the onesie on her, and she Gruffalo spat her way to getting a salvia sample. It was very funny. Off in the post they went. (We are still waiting on results.)

At Ells next endocrine appointment, (Ell was 2years 5 months 73cm 7.1kg) we talked about her low IGF1 and discussed a potential trail of GH for a year. We wanted to take some time to think about it.  In this time I did lots a research into IGF1, to try and get a better understanding.

Four months on,  Ell was now 2 years 9 months 74cm and 7.5kg. Ells  growth velocity was 2.5cm a year. She was falling further away from the chart. 9cm of the bottom line. We decided to proceed with a trail of GH hoping it will increase her IGF1 levels and stimulate growth.

From the endocrine appointment in May to Ell starting GH, was exactly one month. Friday 13th was the day Ell started her GH ( Lucky or unlucky, you can decided.) A lovely Endocrine nurse came to our house. Pinchie pen training 1 on 1. Lucky to say we passed; and Daddy gave Ell her first pinchie pen. (Fingers were all crossed for it to work.)  We had planned a weekend away months ago. So we decided Carpe diem. With one day of GH injections under our belts, we set of on our weekend break. ( Ice pack, check. Pinchies, check.  Pen, check .  Sharp box, check. ) It was the best idea we had. From that weekend, Ell understood pinchie pen was going to be all the time.

Weeks passed Ell learned that pinchie pen had GH in it, and that help her to grow. Ell learned to load up the pen, dial her dose. (0.4) counting 4 clicks as she turns the dial.

Now that Ell was on GH we felt ready to go to the CGF convention. It would be great for the boys to understand there are children like Ell. I guess we didn’t  want to go before, as Ell was (Still is.) undiagnosed.  Sounds silly I know.

The CFG convention was the best time, in a long time. I was still worried we would not fit in because Ell was undiagnosed. I now know I was being silly. We made some great friends. Found out lots of information.

Just before the CFG conference we had an appointment with Ells  endocrinologist. Ell was getting very tired. (She slept through most of the talks at the convention.) Sleeping 2 hours in the day and 14 hours at night. Turns out Ell had low iron. Iron syrup sorted out the problem. This was also the week Ell started preschool. It’s not been easy for Ell. She hated going, but she got a lot  better. (Less tears.)

Early  2015,  Ell was having dizzy spells. More bloods were taken. Ell ever the pro at this. Just puts out her hand all ready. (We only now have Ells  paediatrician do her bloods. She has been messed about with so much, in her 6 years of life.)  Low thyroxine (T4) levels came back. Her bloods were redone to make sure. She also had a 24hour ECG. Just to see what her heart was doing, when she had a dizzy spell. ECG was all clear. The second bloods came back again with low thyroxine levels. Ell has been on Levothyroxine for  3 years. It has helped so much.

Ell started School September 2015. We had all the meeting with the school SENCO coordinator. It’s was just a case of school uniform to make, buy and shrink!

Ell started school part time, but Christmas she was managing full days. She is one very popular little girl. Especially in her custom design uniform.

One thing can honestly said about Ell, she never lets anything get in her way. Proud Mummy moment Ell is learning to Horse ride. It does not matter what size you are, nothing can stop you. 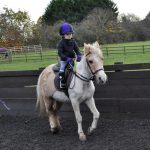