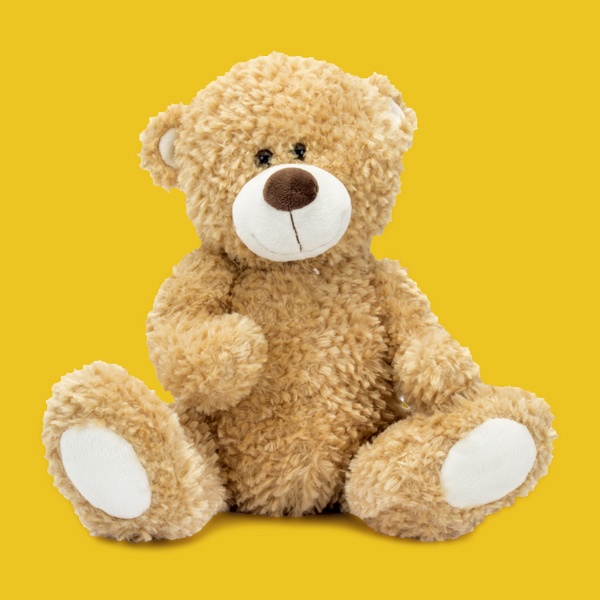 As far as I am aware, the first time the condition showed was in my father, Ramsay. He was born in Birmingham in 1924, the younger of two brothers. His parents and brother (my grandparents and uncle) were of normal size, whereas my father grew to around 4’ 10”. I am not aware that he had any growth treatment as a child or even if anything was available, and unfortunately he is no longer around to ask. The family always said that he had a very bad bout of measles as a child and they thought that this may have been the reason for his growth problems. But as we now know, it is due to a genetic abnormality, or more specifically a gene deletion, which led to the pituitary gland producing insufficient growth hormone. Growing up in the inter-war years would have been difficult for him as ‘he was the first’ with a growth problem, so to speak, so he or his parents would not have known what height he would reach. Also his brother, who was four years older, set various school athletics records at the local grammar school, something that my father could never hope to match when he subsequently went to the same school.

I know his parents took him to the hospital, but at that time the medical advances had not been made so there was nothing that could have been done for him.

A blessing in disguise, if you could call it that, was that he was considered too small to join the army during WWII, although knowing him as I did, I would think that was a cause of severe embarrassment for him as he wanted to serve his country when he was old enough, as his brother was doing.

I don’t believe that he had many girlfriends, but threw himself into music and became a proficient cornet player with the Boys Brigade, which in later years led to the clarinet and saxophone. I’m sure I recall my mother saying once that he hoped to attract a girl through his musical ability, although I think his sense of humour helped as well as him being well read. Incidentally my mother is 5’ 4”.

Pan forward a few years to when I arrived on the scene in 1957. I am the eldest of 3, having 2 sisters born 1959 and 1963. I was told that I was a good weight when I was born and that I grew normally for the first 12 months, but that things started to go wrong soon after that.

That started trips to Birmingham Children’s Hospital; every three months for the next 20 years. It is only now, when writing this, that I realise how much my parents did for me to get me extra height and, from that, what it must have been like for my father as a child, given the determination that I would not have to go through what he did.

Anyway, back to the story…

Before I started school, I did not know that there was anything wrong, as in those days there were no nurseries to go to for me to compare. I only had three cousins, two of whom were younger, so again no clue of anything wrong.

To be honest I can’t really remember much about my early school days. My mother tells me that with me being small and blonde, all the older girls used to come and pick me up because I was like a doll. Apparently I used to hate it and squirm around to be put down. With the benefit of hindsight, “Girls I forgive you, and I promise I won’t squirm now!”

Other early memories include:

My secondary school was an all-boys school, and it was there that I really started to notice the difference in height, as the other lads began to shoot up and of course I didn’t. It was fine with most of the boys in my year but as I got older, the boys from the years below used to make my life a misery, at least when my friends weren’t around. A couple of things that I still remember vividly were:

Meanwhile, the Children’s Hospital was trying hard to get me a relatively new and rare treatment called Human Growth Hormone. They had run the various tests to see if it would benefit me, which it would, but their request had been turned down a couple of times. Meanwhile I was not getting any younger (I was nearly 14 now). In desperation the doctor in charge of my case gave me the name of a Harley Street doctor who was on the GMC and my parents paid for a private consultation with him.

To cut a long story short, I ended up getting the treatment on the NHS from the age of 14 until I was 21. It was not pleasant having the injections during my latter teenage years especially when I was out with my mates knowing that when I got home I had to have my injection, but I am pleased that I persisted. I would estimate that overall the treatment gave me around 5 inches in height which does not seem much but there is a big difference between 4’ 9” and the 5’ 2” that I am now. Certainly nobody was happier than my father when I eventually overtook him in height (although I never got to be as tall as my mother, and certainly nowhere near my sisters).

Leap forward a number of years, now married and thinking about starting a family. I had already become aware of the CGF due to the problems identified with growth hormone treatment prior to 1985* and was interested in developments within the growth hormone area for the future, in case we decided to have children.

When we decided that the time was right we went to see a genetic specialist to investigate the possibility of passing the condition on to a 3rd generation.

The specialist decided that there was a 50:50 chance, and that it could just as easily happen if the child was a girl, but that my sisters, having not been affected, would not pass the condition on should they have children. Because our case was so rare the specialist took great interest in the family and did blood tests on both my father and I, where it was identified that there was a genetic abnormality causing the pituitary gland to malfunction.

When my wife (Jackie) became pregnant the specialist contacted the hospital where Robert would be born and told them what to look for such as hypoglycaemia. Meanwhile we had attended the CGF national convention and struck up a conversation with a paediatrician sitting next to us at the evening meal who, by complete coincidence, happened to work at the hospital local to where we lived and would subsequently look after Robert.

When he was born it was obvious to the doctors straight away as he was shaking due to hypoglycaemia. He was taken to intensive care and put on a drip to stabilise him. We therefore knew from Day 1 that he had inherited GHD.

The Birmingham Children’s Hospital was brilliant and kept an eye on him. When he was one he had the GH tests, or rather didn’t as the doctor couldn’t get any blood out of him. Despite that the doctor said he had all the hallmarks of GHD and prescribed it anyway.

Robert is now 17 and is in the 6th form at school. He passed 10 GCSEs and achieved the English Baccalaureate. He has just sat AS levels in Maths, Physics, Geography, Business Studies and General Studies.

He is 5’ 7” around 9 ½ stone in weight and is still extremely fit. He no longer runs competitively because of injuries and also because training nights for athletics and rugby coincided. He had to make a choice, so he chose rugby. He played for the 1st XV at school whilst in the lower 6th and will be in the 1st team again for the coming season. He won the award for the most improved player last year, to go with the one from the previous season for the most improved 2nd XV player. In a school 7’s tournament he was the only player in his team to play in every game, because he was the only one fit enough to last out.

He was also drafted in to the senior house hockey team to make up the numbers, (he last played when he was at Junior School) which ended up with the school hockey master asking the rugby master whether he could play hockey for the school team next year…the request was met with a resounding NO!

Outside school he played for Moseley U17 Colts last season as well as Greater Birmingham and will be in the full Colts (U19) squad next season.

In addition to sport, through Scouting he has achieved his Gold & Platinum Chief Scout Awards and his Bronze and Silver Duke of Edinburgh Awards. He is currently in the Lake District for the week doing the Expedition challenge towards the D of E Gold Award which then counts toward his Queen’s Scout.

Other than that, he is learning to drive at the moment and has a girlfriend from the girl’s school next door to his so we will see how that transpires.