When Skye was born she was this perfect little bundle we had waited so long for, (six years to be exact). She was perfectly proportioned but petite at 6lb 71/2oz. As the weeks and months went on, we noticed that she was still perfectly petite, she had gained 5lb in six months.

In the first two months Skye had severe reflux diagnosed and we started weaning to try to help with how much she was bringing back. The following six months she only gained two pounds and we were now seeing a general paediatrician and dietitian. Skye was put onto a very high calorie diet and we started to be referred to other consultants to try to find out why she was failing to thrive.

At one Skye had gained a total of seven pounds and was still in 0-3 month baby clothes, she didn’t look ill, she didn’t seem ill. To be honest we were not too concerned at this point because she was just this amazing little person who was happy and meeting all her milestones. People would stop in the street and stare at her because she was so small and looked very young but she was walking and talking.
We saw no end of specialists that her general paediatrician sent us to find out what was going on but we found no answers as to why she seemed unable to gain more than a few pounds. 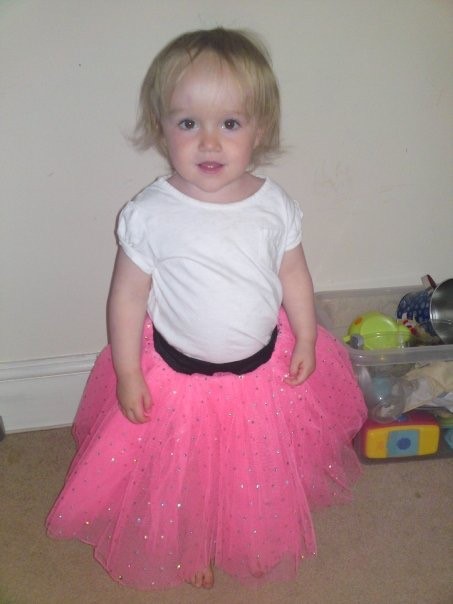 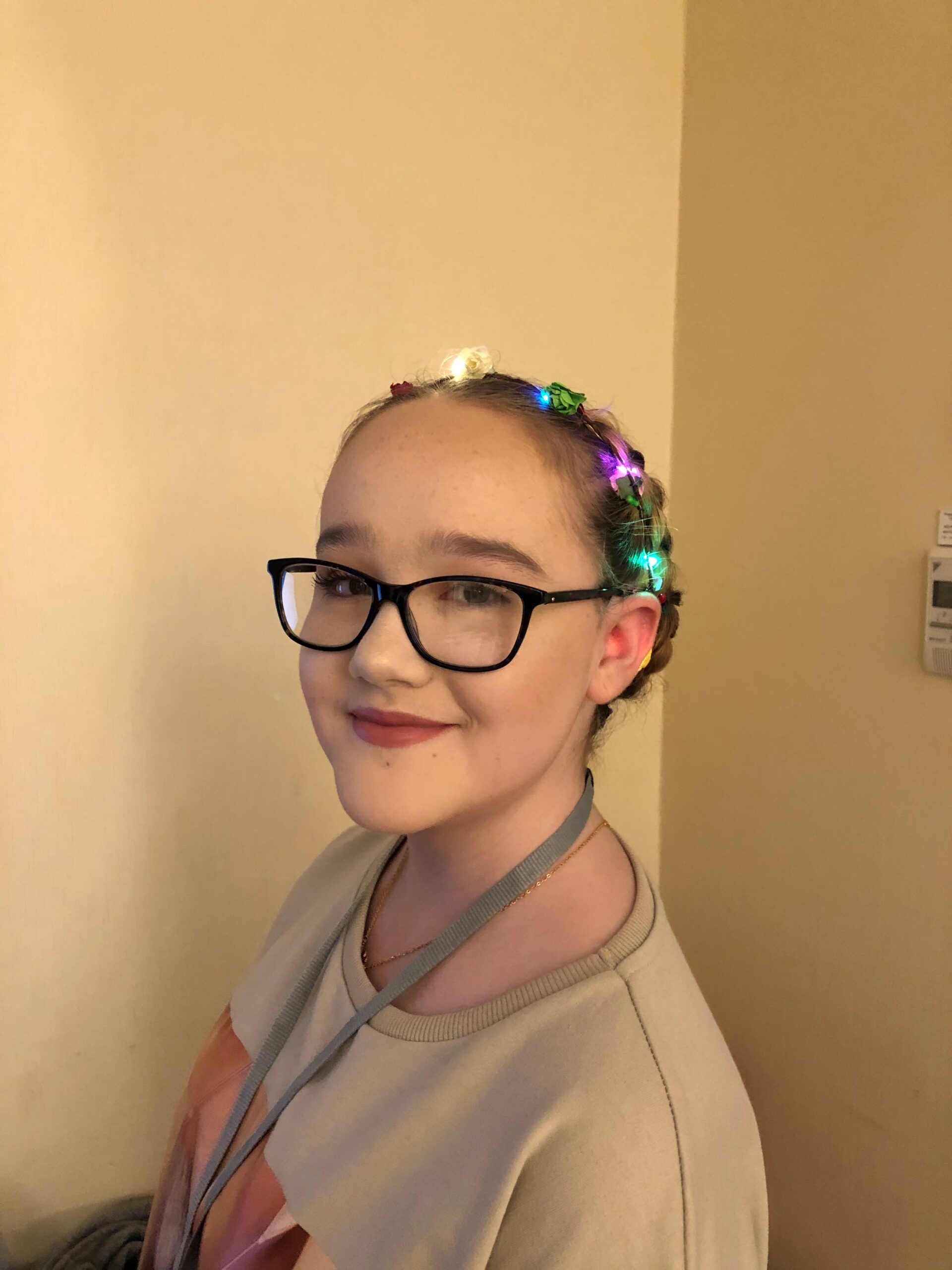 At two years old Skye weighed 17lbs, she was still meeting her milestones and seemed happy and healthy. Our paediatrician referred us to our current endocrinologist, we walked in and she said ‘I know what’s wrong with her’ it was such a relief. Although she was happy and seemingly healthy, she had endured no end of testing from so many doctors to try to find out what was wrong, the relief was monumental.
We were referred to Great Ormond Street to have her stimulation test. We went in February 2009, Skye was two and a half, we were admitted overnight and within a few hours of starting we were told that she produces next to zero growth hormone. They told us we needed an MRI to check her pituitary gland before starting growth hormone. We had the MRI done and were told that Skye’s pituitary gland is back to front and deformed. At this point we were told her other hormones seemed fine but to be prepared that they may fail over time.

It was a scary thing, although we had an answer, we also had this lingering dread that at any time she could lose one or all of her hormone production. We didn’t know what the future would hold and that was tough.

On Skye’s third birthday we started her growth hormone injections. It was so traumatic. Skye is needle phobic, as am I. It took both myself and my husband to pin her down to give her injections. We even tried strapping her into car seat in desperation. The first year was like a horror story. We felt like we were abusing her because she was so strong, and she was adamant she didn’t want them. She screamed, kicked, bit, scratched anything to get away. I cannot put into words how hard it was to do that to her.

After the first year we started using Emla cream, it was a game changer. Although she didn’t want them. she could now tolerate them.

At five Skye started saying she would do anything to stop the growth hormone treatment, I told her she had to talk to her doctor. We went to Great Ormond Street Hospital and she told them she wanted to stop, they responded by offering her any device she wanted. She was given all the DVDs to watch and asked to decide which one she wanted. Over the next week we watched them all and decided to go with the Easypod. We called them and they organised the delivery and training for it.
It has made a huge difference to her treatment; 100% she would still stop tomorrow if she could, and asks at every clinic appointment when she can stop but it was what she needed; she needed to take control as much as anything.

At about six Skye started to get headaches regularly and was tired all the time. We had some bloods and confirmed her cortisol was low. Initially we were going to be given a two-week course of hydrocortisone and then wean off it, but during the two weeks she became a totally different child. We hadn’t realised how quiet and still she had gotten in the few months leading up to the trial. We agreed that Skye would stay on hydrocortisone permanently and that’s when she became steroid dependant.

The following five years were pretty uneventful, she had a couple of adrenal crises but generally, she was well. 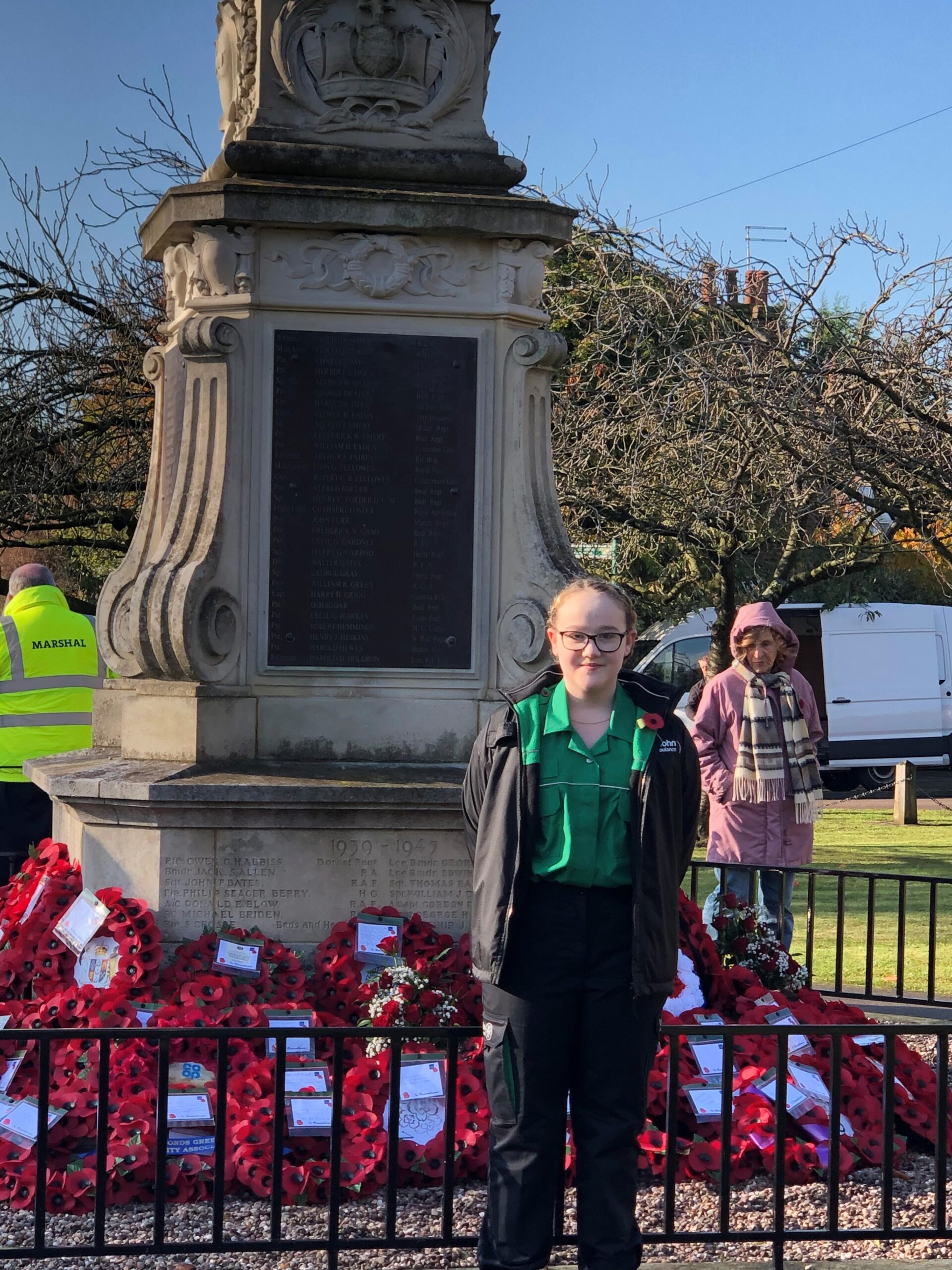 In 2019 she began to collapse and go into adrenal crisis with no warning. This changed everything, she couldn’t go anywhere alone, she needed someone to be responsible for her injection wherever she went.

Thankfully, after she collapsed at a St. John Ambulance cadets’ summer camp, the doctors started to take it more seriously, previously they had suggested that she was having panic attacks. At camp the staff are all paramedics, nurses and other health professionals, so we knew that there was something more to it. After she was discharged from the hospital, they allowed her to go back to camp. I thought they were mad, but I trusted them and their ability to look after her.

They started to track her blood sugars and it showed that she was having hypoglycaemia. Even with this information it was hard to get anyone to take it seriously, after all her medications are supposed to help regulate blood sugars. Over the next six months we continued to monitor her sugars at home when she wasn’t feeling well or looked pale. In November her hypoglycaemia had gotten out of hand, she had collapsed without warning six times in total. Her sugars were in the ‘2s’ all the time. She was so lethargic and miserable. Her vision was also deteriorating. She was admitted and within 24 hours we were told that she has now also lost her thyroid function. We started treatment for that and discussed the hypoglycaemia with her team. We agreed that she would have a Libra monitor fitted to continually monitor her sugars for two weeks. It showed her low blood sugars so we decided that we would try to increase her growth hormone and maintenance hydrocortisone to see if that would help. Thankfully it has made a huge difference.

She is now dancing around the house, making a massive amount of noise, being generally annoying.

Now to the stuff that is going to make her cringe……….
She has very early signs of puberty but at 13 1/3 I’m worried it’s stalled. It may be just that because other hormones were wonky it interrupted a bit but only time will tell.