During pregnancy Jacob was not growing as he should from around 25 weeks. I was scanned fortnightly and offered the amniocentesis as measurements of Jacob’s limbs and my severe polyhydramnios indicated he may have Down syndrome. I refused this as it could have had risky side effects so we continued with the pregnancy. I was signed off work from week 29 and told to rest as I was high risk to go into labour early and Jacob’s cord could have prolapsed.

I was induced at 40+5 even after all the fears of an early labour. Jacob was perfect. He sat on the 50th percentile for weight (7lb 8oz), length (50cm), and head circumference. The doctors checked him over and confirmed he did not have Down syndrome. We were allowed home the next day to start our life as a family. He latched on and seemed to feed well initially. However Jacob didn’t seem hungry. He never cried for food and never found ‘his lungs’ like new born babies do. I decided with the support of the health visiting team to feed Jacob a combination of breast milk and formula to try and top him up. After around 3 weeks Jacob went completely on to formula. This didn’t make a difference and Jacob’s weight fell percentile lines very quickly. When Jacob was 3 months old we saw a paediatrician. They recommend dream feeds (Jacob slept through from 8 weeks old) and changing his formula. We had some blood tests and were knocked back and forth between local paediatricians. Some mentioned possible dwarfism and some had no answers at all. Jacob was tested for various allergies, basic genetics, organ function and cystic fibrosis just before his 1st birthday. When this came back negative I was at my wits end. Jacob was still tiny and didn’t seem to grow at all. He was now completely off the growth charts for length and weight. I knew in my heart something was not right with my son. I spoke firmly to a few people and we were eventually referred to the Endocrinologist team at another hospital a little further from us. We saw the lovely Endo doctor there who took some bloods and listened to me about everything. She thoroughly checked Jacob over and seemed to finally take on board the concerns we had. She decided a referral to Great Ormand Street Hospital needed to happen sooner rather than later. 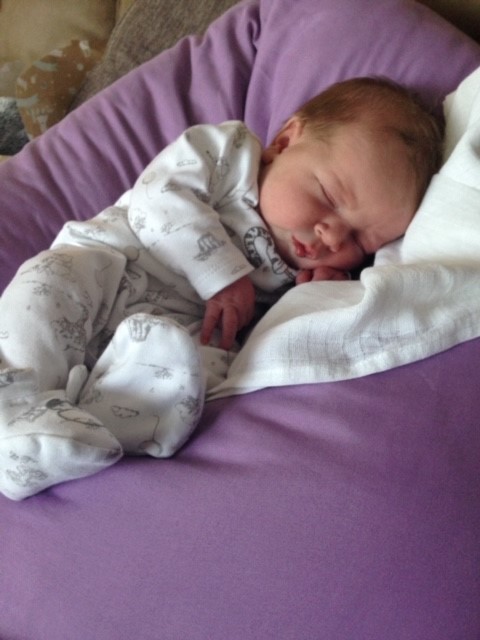 Around 6 months later, lots of phone calls in between, Jacob had his STIM test. He was 19 months old and handled it so well. He was around 70cm at this point. I was convinced this would give us the answer, Jacob would be GHD and the worst that could happen is we would need to inject him with hormone every day. We were admitted and the nurse took a blood sugar reading. Well before we even started Jacob’s bloods were dangerously low. The nurse asked if we had noticed any issues with blood sugars and we both discussed times Jacob ‘zones out’ at home. She said this could be a hypoglycaemic attack. Anyway the STIM was done and despite a few more low readings of blood sugars we went home.

Well Jacob passed this test with a peak of 11! When the Endo Dr called, after I had been on the phone every day hassling her for results, she said she was surprised too. But she then went on to say that this indicated Jacob’s body couldn’t use the growth hormone it produced and it maybe more complicated than we first thought.

A few months later we finally saw the Professor at Great Ormand Street who was absolutely amazing. He too confirmed that Jacob’s body appeared to be rejecting the growth hormone. This is where we discussed the possibility of Insulin like Growth Factor Deficiency. I had come across this on my many google searches as to why my son wouldn’t grow. This is the hormone produced by the liver in response to the growth hormone it receives. Jacob’s was undetectable. Nothing. Our first step was the IGF1 Generation Test which involved giving Jacob varying doses of growth hormone to kick start his liver into producing IGF1. Its done in 3 stages and usually the 3rd stage isn’t needed as by this point the liver has responded. Jacob needed all 3 stages and still by this point his IGF1 was undetectable. It hadn’t worked. We were devastated as I had again convinced myself we finally had the answer. By this time Jacob was almost 2.5 years old and had been at Great Ormand Street every fortnight for blood tests since his second birthday.

Jacob also had a full skeletal survey which wasn’t easy as we needed 12 photos of his body and we literally had to pin him down. This confirmed Jacob had delayed bone age but no sign of dysplasia.

At our next appointment the professor confirmed Jacob had Severe Primary Insulin like Growth Factor Deficiency. This was very rare and he would need to start increlex treatment. He met all the criteria needed for NHS England to fund it. Increlex replaces the IGF1 that Jacob’s body doesn’t produce. Again we went home and I googled. Wow, the side effects were terrifying and I had no idea what this meant for Jacob’s future. He was only 78cm by this point which meant since birth he hadn’t even grown the length of a ruler. Jacob was also under the feeding clinic as he hadn’t developed the muscles in his face to help him chew his food.

We were admitted into Great Ormand Street in July 2018 to start increlex treatment. We were having a 4 night stay to ensure Jacob was closely monitored. The first day was full of tests. They give the child a full MOT before increlex can start and this is done yearly to ensure side effects can be closely monitored. His organs were scanned, eyes tests, hearing tested, throat looked at and weight and height taken. We felt like we saw every department in the hospital. Our amazing nurse came to see us to confirm Jacob is child number 15 in the UK with this diagnosis. We couldn’t quite believe how rare he is, I still can’t get my head around that! We are now also on the 100,000 genomes project with hopes of figuring out what has caused the condition for Jacob. So far we have no idea why or how. It makes it very difficult to accept for us as a family. 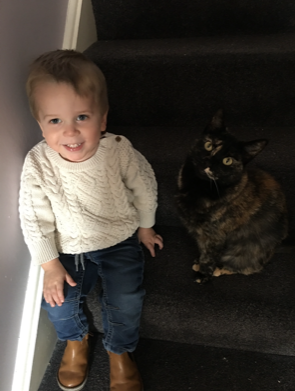 Since treatment started Jacob has responded well. We still have issues with blood sugars which we handle well at home. He lacks energy and is often very tired especially after a day at nursery. Jacob is on the waiting list for an autism diagnosis but again, we don’t know if this is linked to his PIGFD or just how Jacob was always going to be. He has an injection in the morning within a 20 minute window of food and if his blood sugars are high enough. It’s the same in the evening and if he appears symptomatic during the day, his blood sugars are checked regularly. Jacob had his dose increased from 0.04 to 0.06 in January but since then we have noticed his difficulties with breathing, especially in his sleep and he has started vomiting if he cries or laughs too hard as he can’t catch his breath. We went to GOSH for an urgent sleep study which had shown Jaco’s tonsils are growing very quickly and will probably need removing along with his adenoids. 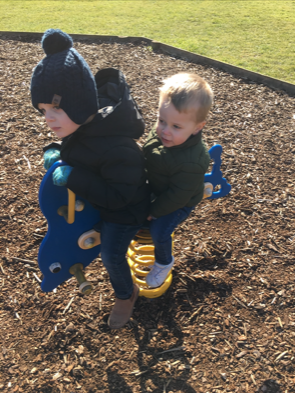 Our days are revolved around injections, food, blood sugars and intermittent vomiting. But, Jacob continues to be amazing. He now shows me where he wants the injection done and helps to take his blood sugar readings. He still hasn’t been able to tell us when he is having a hypo but we usually spot it quite quickly.

He showed good signs of growth in the first 4 months and we are yet to have him officially measured again until June. We hope for the same growth.

No one can tell us what is expected as it’s so rare, Jacob is part of a trial and will help to shape the future of SPIGFD.