Seeking Support for an IUGR diagnosis 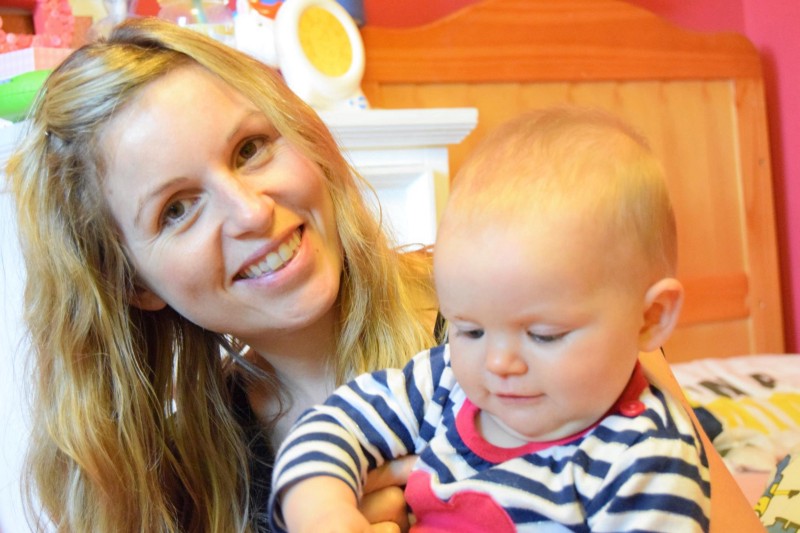 For IUGR Awareness Day (Intrauterine Growth Restriction) we are fortunate to have a guest post from Susanne Remic, GhostWriterMummy. For anyone who has read her blog, you will know that by talking about her pregnancy experiences and campaigning for better support, she helps countless others going through similar experiences. In recognition of this, she was a finalist at this year’s Tommy’s Awards for Mum’s Voice Award. This is her IUGR experience.

At 29 weeks gestation, we were told that our 4th baby wasn’t growing as well as had hoped. We’d had a growth scan due to previously having had two SGA babies, and the hospital had wanted to keep an eye on us as a result. We honestly thought that this growth scan would show a happy, healthy baby too, just like the others.

I remember that the air inside the doctors office felt so still as we waited for her to come through following the scan. I was perched on the end of a bed, feet dangling over the side. My husband was standing awkwardly, commenting on the lack of seats for dads. A normal day. Feeling normal. Smiling. And when the doctor swept into the room, we had no idea what was to come. There was no way we could have anticipated what she was going to tell us.

We’ll deliver via c-section and baby will go to special care.

You’ll need to come back every two weeks to monitor growth.

When we left the hospital, I started to google low birth weight babies and four little letters kept popping up over and over again. IUGR. Horror stories of tiny babies, too small to fight to be alive. Too weak. Born too early. I searched for blogs to read so that I could get a better understanding of what we were facing. I joined IUGR support groups on Facebook. I craved information but there was really very little that anyone could tell me.

At our next scan we were told that reduced blood flow was depriving baby of essential nutrients and oxygen, and this was probably the reason why she wasn’t growing. We were told to come back weekly so that they could monitor us closely.

Medically speaking, the care we were given was second to none. Emotionally, I am still paying the price today, 18 months on.

Google was not a good place to be. As my hand rested on my tummy and I willed my baby to move, Google was most definitely the very worst place to be. I read story after story of babies born too early and too small. Babies facing a lifetime of disabilities. Babies who never made it home. And as each growth scan showed us a baby that still was not growing well, the fear and anxiety we felt began to escalate. Nobody could give us any answers and while we understood the reasons why, we were still frustrated and scared.

If our baby was going to need special care, how would we know where that ward was in the hospital? What would happen in there? Would I be able to stay? Would we be transferred to a different hospital closer to home? Would there be any lifelong disabilities for our baby? Why was she IUGR? Was it something I had done wrong? The medication I took to stop the sickness? Did I eat the wrong thing? Too much? Not enough? Should I rest more? Or move more? Should I prepare for the worst? Was my baby even going to make it? Was there a genetic reason for her IUGR? Would there be something one, maybe even two years down the line?

And while our questions couldn’t be answered, we had nobody to even ask them to. Nobody to hold our hand. Nobody to tell us we’d be ok. Nobody to listen.

The IUGR support group on Facebook literally saved my sanity. Writing about my pregnancy helped so much too. Not only was it an emotional release for me, but it encouraged other women to get in touch and tell me their stories too. Some babies made it, and some didn’t.

I had to focus on MY baby. Getting through to 34 weeks, and then to 37. That first cry in the operating theatre as she was plucked from my body. That first feed. That first smile. First laugh. First steps. First word.

She is here. We are here. And we are slowly finding support too.

There is now a UK Facebook group for parents of IUGR babies and I hope that the members find it of comfort during what can be a terribly lonely and confusing time. There is also the Child Growth Foundation, a charity who reached out to me recently to provide support and advice. The support is out there if you know where to look. I hope to be able to signpost that information and support so that other families that walk this path do so with a light to guide the way. IUGR can be a terribly lonely and frustratingly scary path; I don’t want other families to walk it alone like we had to.