What is Premature Sexual Maturation (PSM)

Premature Sexual Maturation (PSM) is a condition that affects the gonads, adrenal and other glands causing premature sexual maturation. It is a general term and includes precocious puberty and other disorders. The precise reason for the occurrence is unknown but the hypothalamus and pituitary gland signals the reproductive glands to start making hormones at an earlier than normal age.

For most girls affected by PSM there is no medical fault, puberty starts early with no known reason why. For a very small number of girls it can be triggered by structural problems within the brain, such as a tumour, head trauma or infection.

In boys, the condition is less common and more likely to be related to another medical problem. In a very small number of boys it can be inherited from the father.

How is PSM diagnosed?

The early physical changes will be the primary indicator of PSM and which point a specialist (an Endocrinologist) should arrange some tests in order to make an accurate diagnosis. These tests will include blood and urine tests and additionally for girls a pelvic ultrasound. Depending on these results an MRI or CT scan of the brain may need to be done.

Children with PSM and precocious puberty may be very large compared to their peers, but their growth stops at an early age, which means final height can be relatively short.

In girls puberty can occur between the ages of 8 to 14 and in boys from 9 to 14 so a sign of PSM would typically be the appearance of physical changes related to puberty prior to these ages.

A child with PSM will grow at a faster rate than normal and develops secondary sexual characteristics, such as pubic hair, penile enlargement or breast development, at an inappropriately early age. There may also be the early identification of ‘typical’ puberty signs such as body odour, acne and changes in body shape.

One of the biggest concerns in boys and girls experiencing PSM would be the social and psychological impact of going through puberty so early. It can be an extremely emotional time with the potential to isolate them from their peers and friendship groups.

If treatment is required, then it is likely to be in the form of a hormone treatment aimed at suppressing the Gonadotrophin Releasing Hormone (GnRH) suppressing puberty and decreasing the rate of bone maturation. The condition may have an increased emotional or psychological impact on the child, so support in this area can be of benefit.

The CGF run a number of closed Facebook groups, providing peer support for people directly affected by growth conditions, their parents, family and friends. These groups are a fantastic support tool. Click the image below to find the Premature Sexual Maturation/Precocious Puberty Facebook group.

Please enter the Page ID of the Facebook feed you'd like to display. You can do this in either the Custom Facebook Feed plugin settings or in the shortcode itself. For example, [custom-facebook-feed id=YOUR_PAGE_ID_HERE].

Read about some of the personal experiences and stories from people affected by PSM. 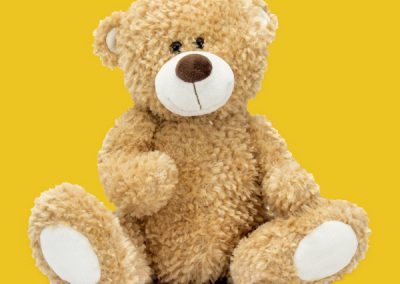 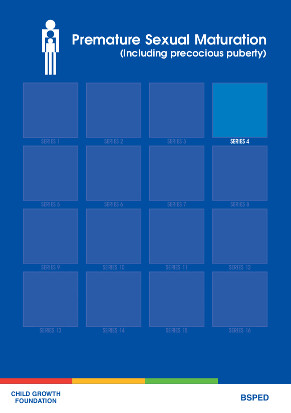 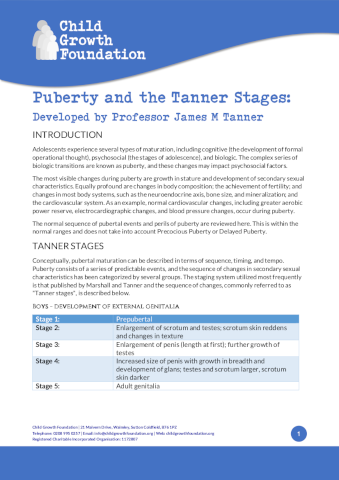 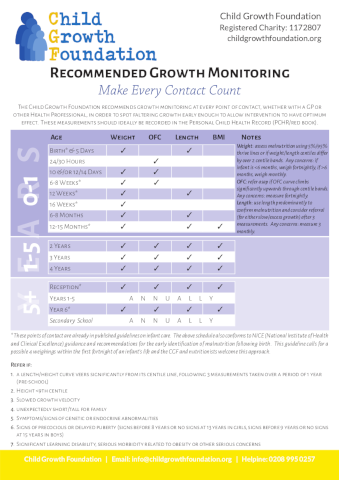