Two important communicative abilities are language structure and pragmatic language. Language structure refers to understanding the rules governing language, such as the ability to construct coherent sentences in which words are used in the correct order. Pragmatic language involves understanding how to use language appropriately, such as using language that is appropriate to the context. Some individuals may have better language structure skills or pragmatic language skills, so difficulty with one does not necessarily mean that an individual will also struggle with the other. To date, these communication skills have not been investigated in individuals with Sotos syndrome. So, the aim of our research was to establish whether children with Sotos syndrome have difficulty with these skills and if so, whether particular aspects of language and communication are more problematic than others.

Our study included 31 children with a diagnosis of Sotos syndrome, ranging in age from 4 – 16 years. Communication abilities were assessed using a questionnaire (The Children’s Communication Checklist, second edition (CCC-2)), which was completed by the parent or caregiver of each child. The CCC-2 has 70 questions which are designed to assess a range of communication abilities, including both language structure skills and pragmatic language skills, as well as social relations and restricted interests.

Overall, the findings from this research demonstrate that the majority of children with Sotos syndrome struggle with language and communication skills and will therefore require support with the development of these skills. In particular, children with Sotos syndrome have difficulty with the consistency of communication across different situations, with understanding and using nonverbal communication, such as eye contact, gestures and facial expressions and with forming and maintaining relationships with peers.

For the full paper, please see:

IMAGINE ID is a research study that aims to increase understanding of children and young people with intellectual disability. It is supported by UNIQUE, the rare chromosome disorder charity. The IMAGINE ID team is very keen to learn more about the link between behaviour and rare chromosome conditions. The study, led by University of Cambridge, University College London and Cardiff University, hopes to collect information from over 3,000 families by May 2019.

To participate in IMAGINE ID your child should be aged 4 or over. The research group is based in the UK but they are interested in families worldwide. If you live outside the UK, to take part you must have access to your child’s genetics reports. Taking part involves filling out secure online questionnaires about your child’s development and behaviour from the comfort of your own home. If you’re not happy with computers or do not have access to the internet, the IMAGINE ID team can go through the questionnaire with you over the telephone or in person. The questionnaires will take approximately 2-3 hours, but you are able to save your answers as you go and can login an unlimited number of times to complete it.

After completing this you will receive a personalised summary report which you may find useful when your child is undergoing assessment for services, school or specialist treatment. If you wish, members of the IMAGINE ID team may also visit you at home to conduct an interview with you and puzzles with your child.

If you are interested and want to find out more about the IMAGINE ID study please contact them by telephone on +44 (0)1223 254 631 or email them at imagine.id@nhs.net The team is very happy to answer any questions you have. 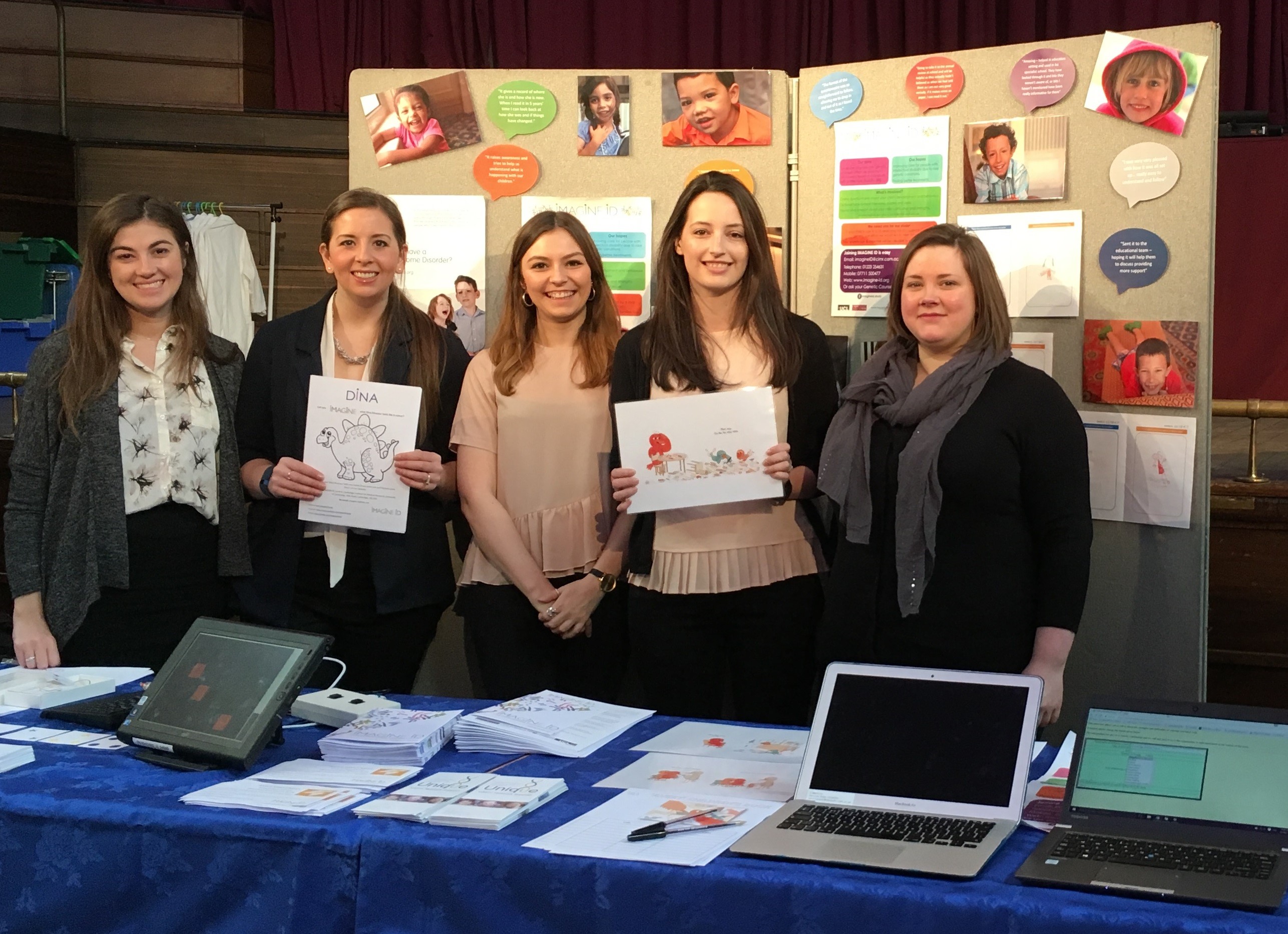 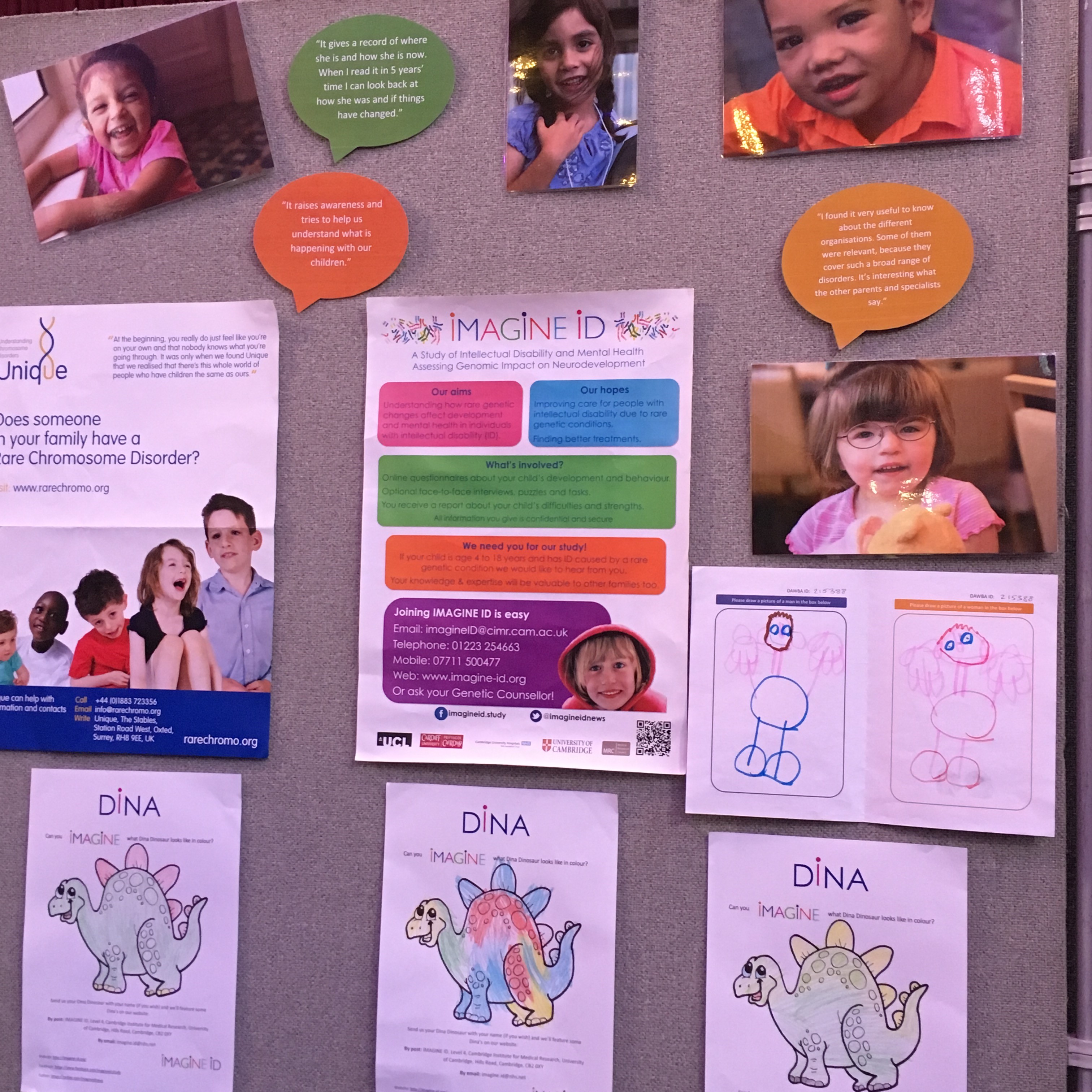 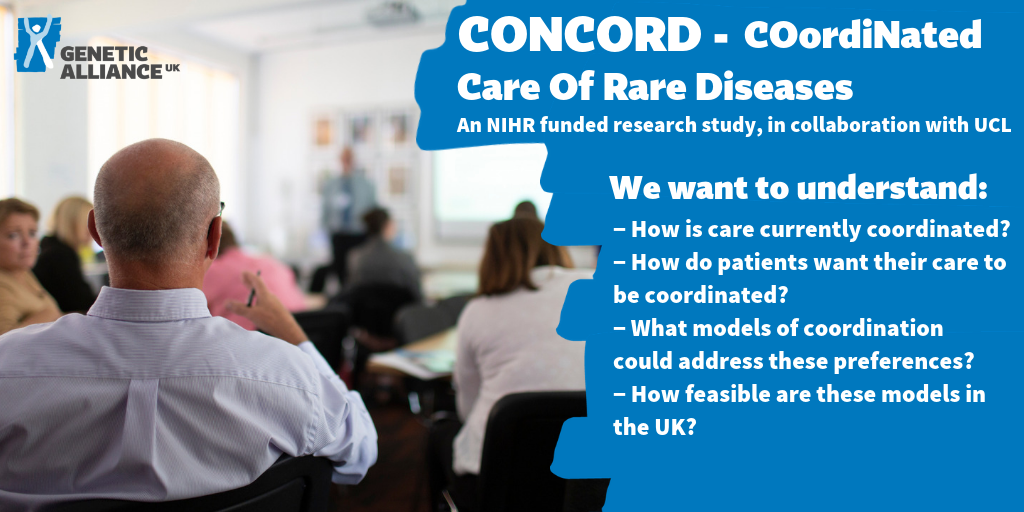 Are you 18 or over and a patient with a rare or undiagnosed condition?

Are you the parent or carer of a patient with a rare or undiagnosed condition?

Would you like to take part in a focus group to discuss research findings?

COordiNated Care Of Rare Diseases (CONCORD) is a research study which aims to investigate how care of people with rare diseases is coordinated in the UK and how patients and families would like them to be coordinated.

Who should I contact if I want to take part?

Please note: It is possible that not everyone who wants to will be able to take part. We will ask you some basic questions about you and/or the person you care for (e.g. condition, age, location). This is to help us with selecting participants for the study so that, if we cannot manage to include everybody, we will be able to include a broad range of people and conditions. The information you provide will be kept securely and deleted after selection has taken place.

Was your child born ‘small for dates’?

They might be eligible to join a new study, find out more at:

This message is only visible to admins.

Error: An access token is required to request this resource.
Type: OAuthException
Solution: See here for how to solve this error